Our last post discussed whether it made sense for middle-class families to send their students to college to learn and grow, and the conclusion we came to was this concept is a holdover from a bygone era. College certainly can be very worth it, but the rising costs of college have altered this once time-tested plan. For years, there's been this prescribed trajectory that “successful” students should complete. You go to school. You do well. You get into a good college. You learn life lessons, get a degree, secure a good job, start a family, wash, rinse, and send your offspring off to repeat. It’s been the middle-class handbook--but times have changed. There are other cost-effective paths to obtain a satisfying, well-paying career. It’s time to ditch the old handbook and consider writing your own.

Often during the discussion on whether college is worth the price, statistics around rising tuition and student debt focus on private, prestigious, uber competitive universities. It's worth noting that people aren’t breaking laws to get their kids into state schools. These colleges probably aren't bankrupting people either. Lisa Miller, a professor of Political Science at Rutgers University, a New Jersey state school, argued in a New York Times letter to the editor that parents, counselors, and relevant studies often overlook state schools like hers. Not only are they typically a fraction of the cost, but the schools the majority of American college students attend. Many states have public universities and programs rivaling or exceeding their private counterparts, but often in the rat-race to get into a prestigious school, we overlook excellent state schools that might not have ivy towers, but still churn out enormously successful graduates. Warren Buffet, Jerry Jones, and Oprah all hold degrees from state universities.

Community colleges fall under the same umbrella. The College Board cites the average cost of a 2-year community college at under $3,600.00 a year. Community colleges can offer a similar "college experience" as a four-year institute. They allow students to transfer to a four-year college to finish their degree at a fraction of the cost. They're also perfect for students who struggled academically in high school to build their grades back up and/or move at their own pace. Most community colleges offer certification courses in high tech programs that can lead straight to employment in many career sectors, and associate degrees can steer students directly to jobs that make well-above the median national income, such as occupataional therapy assistants or radiation therapists. Author Amy Tan and astronaut Eileen Collins started their education at community colleges.

Likewise, trade schools, vocational institutions, and apprenticeships are typically more cost effective than four-year colleges and set participants on a specific career path corresponding directly to their degree, license, or certification. We need hairstylists. We need plumbers. Business/Industry needs welders, home builders, and CNC Operators, but sometimes parents get so caught up in sending their kids "to college" they neglect to consider in-demand professions that can offer steadier employment, better work-life balance, and higher pay. It's important to acknowledge that when studies compare the salaries of graduates with university degrees to those without university degrees, skilled tradespeople who’ve graduated from technical schools, trade schools, or participated in apprenticeships are often not part of that comparison. It's also worth noting that in a recent study by Strada Education Network & Gallup, "Changing the Value Equation for Higher Education," graduates of nondegree technical and vocational programs were most likely to "strongly agree" that their education was worth its cost.

Early career exploration helps widen the scope of choices for students. It’s much harder for well-meaning educators and families to dissuade a "college-bound" student from pursuing say, a job as a plumber, once they realize that it’s a career that typically requires four-to five years of paid apprenticeships alongside classes, certifications, and licensure (criteria varies from state to state). It’s not unheard-of for plumbers to start at $50.00 an hour, or for experienced plumbers to net $200,000 annually. This is typically where someone would interject that "yes, it pays well, but it’s a physically demanding job that requires long hours." So is being a doctor or a nurse. And we can’t dismiss job satisfaction. That doesn't require a four-year degree. You know what's rated 2nd in a 2019 Glassdoor.com list of jobs with the highest satisfaction rate? Dental hygienists. And you know what their median base salary is? $67,250.

We could go on. There’s the military. There are certification courses you could take online and start utilizing right away. There is working your way through college and not worrying about finishing in four years. There are gap years spent traveling, volunteering, and figuring out who you are. There are other options on the table, and ultimately what works for one student may not work for another. We’ll reiterate that what today’s middle-class families, students, and educators need to start embracing is that a four-year college is no longer where you go to find yourself, but that a four-year college is one of many options you have, options that are ideally explored and discussed early enough to understand that building your own playbook is the smartest choice you can make.

We touched on it here, but up next we’ll be discussing a key factor in career choice that the old playbook said you were too polite to talk about: money. 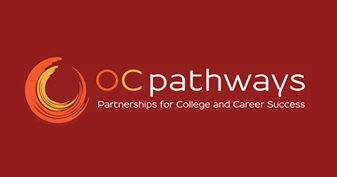 VirtualJobShadow.com is pleased to announce a partnership with OC Pathways, connecting career exploration and virtual... 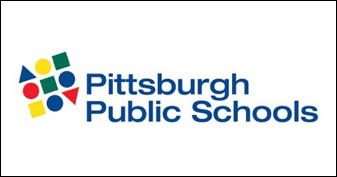 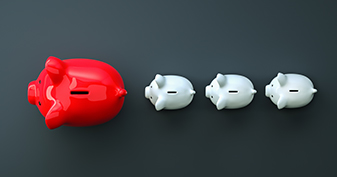 When planning for your future, it's never impolite to talk about money.