How to Adapt to Change with Aquaai CEO Liane Thompson

Liané Thompson started her career as a journalist. She was a reporter covering societal changes and conflicts in the Middle East and Europe. She was also an executive producer for the New York Times, creating amongst others, the show that put Anthony Bourdain on television. We first met Liané when we featured her in a “Entrepreneur” job shadowing video, highlighting her role as CEO of Aquaai, a blue tech company that builds fish-looking drones to help keep our oceanic ecosystem more sustainable.

With the chaos COVID-19 is reeking on the current job market, we wanted to get real advice from a career leader on how to best adapt, so we reached back out to Liané, who was kind enough to find time to video chat with us from her current home in Norway.

Before even breaching the current state of the world, we asked Liané what qualities she believes make the best leaders. She didn’t hesitate with her answer. “Empathy,” she said. “In all the greatest leaders I’ve met or interviewed, the common denominator was empathy.” Her advice for anyone looking to be successful was to find common ground with anyone you engage with, from other CEOs to the first person you see when you walk into an office. Treating everyone with the same amount of empathy also sets a good example for those working around you. Empathy, she told us, encompasses listening, being willing to share yourself, and understanding what works and what doesn’t. She mentioned how in some forums, empathy could be misconstrued as weakness, which she scoffs at. “You can be fierce and empathetic at the same time," she said.

In regard to being a leader in a time of crisis, Liané said that all good leaders, really all successful people, have already not only planned for a crisis, but multiple crises. “A crisis is not something you ignore,” she cautioned, “it’s something you face. You can’t be afraid of the worst-case scenario.” Good leaders consider crises before they take place. When Liané was a video producer, she said they always planned to have “Murphy” on every shoot. For those of you unfamiliar with the Murphy’s law adage, it’s that “anything that can go wrong will go wrong.” That’s not being pessimistic. It’s being realistic. Liané went into every shoot with a plan A, B, and C in place.

Aside from having a plan in place, her tips for remaining calm in a time of crisis also include:

1. Block out the noise-In times of crisis, it’s easy to get caught up in everything going on around you, especially the overabundance of chaos, information and advice. You need to figure out what's factual, what's not, and what's sensationalized. You need to figure out what information is applicable to you and prioritize that. It’s easy to let outside sources overwhelm you if you're not careful.

2. Be introspective- Being introspective means looking inside and seeing not only what you can do, but also what you need. Liané’s a big proponent of making sure you’re cared for, and that you’re taking care of your own mental health because that means you’ll be able to care for those around you and do a good job. Liane finds setting meetings and calls first thing in the morning makes her more effective but made sure to mention it's not the right or wrong approach, just what works best for her.

3. Identify targets-Liané’s job as CEO is making sure the company is operating. Making sure the company is operating often comes down to making sure it’s making money. If you aren’t making money, you can’t make new products, you can’t cover your costs, and you can’t pay your staff. It also means ensuring your customers have what they need. In this case, she needed to reach out to her customers and see how they were being affected. She needed to ensure Aquaai could deliver to customers, so she needed to see what was happening with their supply chain. Those were her first priorities, and thus her first targets.

Since so many people are losing jobs or entering a workforce where the jobs they trained for might not be the jobs available, we also wanted to talk with Liané about her career transition. You may not think that a job as a journalist would prepare you to be the CEO of a robotics company, but quite the contrary! Liané agreed with our assessment that every job helps you prepare for the next. She said that, “every situation gives you tools for other situations you never considered,” which is as good advice as we’ve ever heard.

A big part of Liané’s job as a journalist was getting access. It was finding people’s emails. It was getting in front of the right people. That’s still a large part of her job as a successful entrepreneur. It’s getting access: finding people's emails, getting in front of the right people, and sending the right people the right emails. A big part of her job as a journalist was conducting large amounts of research before going out to cover stories. Now she’s researching customers, markets, investors, and competitors. She also had experience budgeting, both as a freelance journalist where she was budgeting for herself, and as an executive producer where she oversaw a team of over 200 and millions of dollars in production budgets. It goes without saying that budgeting is of the upmost importance for anyone running a company.

The evergreen advice that's always helped Liané is trusting her gut, not being a joiner, but a leader, and going after what she wanted despite any naysayers. Her advice to anyone starting their career path would be to, “ask yourself what you want, ignore the noise, trust your gut, and go for it.” Inspiring stuff, and if you want to be inspired more, check out Liané's recent TED Talk entitled "Don't Wait." 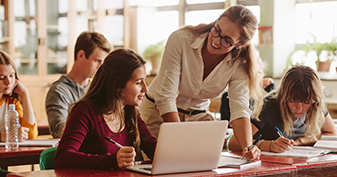 In 2015, dual credit or concurrent enrollment courses were available to high school students in 47 states -- usually... 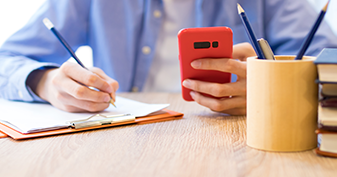 The Changing Role of Technology in Education: Why is Access Still an Issue

Why are the inequities around access to technology still an issue in the American education system? 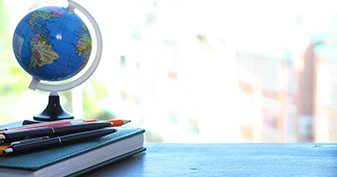