Passionate about helping students discover and chart their desired career path, Strivven Media is excited to announce that our first VirtualJobShadow.com Career Exploration Scholarship Program winner has been selected.

Bryan Hollis, 18, a 2017 graduate of Cox Mill High School in Huntersville, NC, is the winner of a $1,000 scholarship award to the college of his choice. His inspirational essay was selected from the vast pool of applicants.

In his essay, Hollis explained the career path he plans to pursue, why he chose that career, and the steps he is taking to reach his goals. In August, he will attend Vanderbilt University in Nashville, TN to pursue a degree in Mechanical Engineering. His ultimate goal is to become a rocket scientist.

Bryan said he learned of the scholarship opportunity through his mother, Judi Hollis, who is a Life Skills teacher at Harris Road Middle School in nearby Concord, NC. His father, Pete Hollis, is a regional manager for ESRI, a South Charlotte company headquartered in California that is the world’s foremost developer of geographic information systems (GIS).

“My mother uses the VirtualJobShadow.com program at her school,” he explains, “and she told me about it. After I got the email that I had won, I was overjoyed and went to my parents to share it. This scholarship will mean more free time for me to focus on my studies.”

Bryan’s early fascination with the solar system, plus a natural affinity for math and science, led to his strong interest in mechanical engineering.

“From the time I was five, I was reading pop-up books about planets, or running around fighting ‘aliens’. As I began to excel in math and science, I realized that becoming a rocket scientist was not as far-fetched as it sounds.”

Maybe, he thought, he could work for NASA, applying his mechanical and engineering aptitude through any number of jobs that allow for space exploration, from mechanical ground support to high-risk, cutting-edge technology that helps get astronauts into flight. Perhaps, in the future, he could even spearhead competitions among engineering NASA teams.

But how to embark on this ambitious career path? All he knew for sure was that if he was going to follow his dream, it was up to him to take the initiative in getting started.

At that time, Bryan was a high school freshman. Taking a methodical approach, Hollis explained in his winning essay, that his first step was to find someone in his chosen career field he could contact to ask questions.

“Through family connections, I found a professor at the University of California - Santa Barbara (UCSB) who was under contract with NASA. I was nervous about calling him, but I knew this might be the opportunity I needed to take a big step towards my career.”

Hollis says that call was a turning point.

“Throughout weeks of conversation, the professor told me about his own college experience, and how and why he got into this field. Then he connected me to other engineers who were happy to talk about their career paths. After hearing each person’s unique journey, I had a much better understanding of how I would achieve my dream.”

By his junior year in high school, when other students were taking after-school and summer jobs, Hollis was emailing engineering professors at different colleges, offering to help with their research.

“At first, I had nothing but an empty Inbox to show for it. Then I got an exciting offer. An engineering professor at UNC-Charlotte had a PhD student looking for help to collect data for his thesis paper. When I was offered the opportunity, I took it in a heartbeat.”

That summer, he spent forty hours a week in the engineering lab, running errands and absorbing new technical skills, from how to operate programs like MATLAB, to learning how to use a 3D printer. He also began to understand the power of intuition and perseverance in getting things to work in real-life settings, or, as he put it, “overcoming the trials that will inevitably get in the way.”

Among his role models, Hollis says one stands out: Elon Musk, the visionary South African business tycoon, inventor and engineer. Musk is the founder and CEO of two distinct, revolutionary companies, Tesla, Inc. and SpaceX. With Space X, Musk has a plan to send a robotic mission to Mars by 2024 – ahead of NASA’s timetable.

“That’s why this is such an exciting time to be in the career field I chose,” says Hollis. “Public interest is peaking in everything from futuristic transportation to colonization on Mars.”

“But I think the one thing Musk did that inspired me most was his pursuit of Tesla despite its predicted failure by leaders in the auto industry. He was bold to sink so much capital into such a risky plan. But he was following his dream. Too many people play it safe and stop innovating following a major success like PayPal. He is brilliant, and someone I aspire to be like someday.”

His Message to other Scholarship Applicants

Hollis says he learned through writing his scholarship essay that you must think through what’s important to you, and what you plan to do about it. Then spend your time wisely.

“Don’t just aim toward finding a job,” he says. “Find your passion instead and follow it. Also remember that for whatever you want to do, there’s someone or something out there like VirtualJobShadow.com that you can use as a valuable resource.”

Initiative and motivation run in the Hollis family. Hollis’ twin sisters, who attend UNC-Chapel Hill, have served as his models for competition and success, he says.

His mother, Judi, ran the scholarship gauntlet for all of her children and understands how time-consuming and difficult the process can be. That’s why she appreciates that her son won the VirtualJobShadow.com award.

“It wasn’t a huge surprise because he’s a good writer,” she says, “but it was certainly welcome particularly since there were so many essay applicants.”

In describing Bryan, she refers to him as “perceptive, organized and detail-oriented.”

“Even as a child he was always involved in one project or another, always studying things. We encouraged him to enter the VirtualJobShadow.com scholarship competition. We’re very pleased at the outcome.”

VirtualJobShadow.com provides career exploration for K-12, post-secondary institutions and workforce development programs nationwide. Users find it is the perfect tool for career exploration by providing real-life examples easily and effectively in the classroom. Check out the website for day-in-the-life interactive interviews on hundreds of career fields including mechanical engineering, with career descriptions, required degrees, earnings, outlook, college searches, and more by visiting us at www.virtualjobshadow.com. 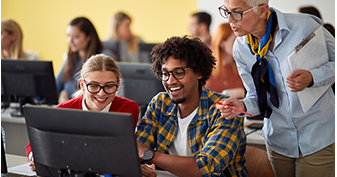 How Technology Has Changed Education

The advancement of technology is changing how educators teach and students learn. That's not a bad thing. 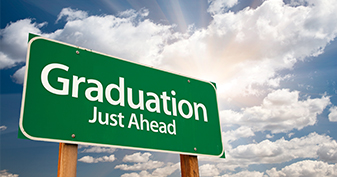 When it comes to post-secondary plans, students should be exploring all their options. 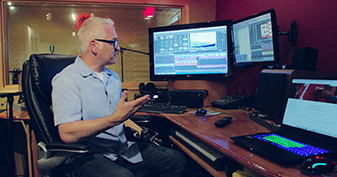 Media Producer Greg Otterholt didn't let being born with a physical disability hold him back from success.