Check out these stats:

Do these statistics surprise you? Even though we're aware that a substantial percentage of the population sticks close to home, we were caught off-guard by these figures. We would've guessed more of a 50/50 split, but the numbers are right there. The current reality is that most people will end up living and working near where they grew up. Is this a positive or negative? From a career perspective, it all depends how it's approached. The purpose of this post is to dispel negative stereotypes associated with staying where you grew up and establish that if this is the reality of most students and job seekers, it's our responsibility to help them understand that reality.

Headlines matter. If you're even a casual consumer of news, you've probably caught onto the fact that many articles discussing those who stay where they grew up versus those who leave pose it as a competition. They often play into that coastal elite versus middle America narration you're undoubtedly familiar with, and often there's a condescending slant towards people who live where they grew up, despite that populace making up the bulk of the country.

We talk a lot about headlines in this blog and there's a reason for that. Headlines are how many people digest news:

Keeping that in mind, read on:

It's not so cut and dry. Sometimes staying has to do with financial or socioeconomic limitations. Moving costs money. Other times, it has to do with not knowing your options, which is one reason career exploration at an early level is so vital. We're doing students and job seekers a real disservice if they remain near home because they have limited exposure to job opportunities available beyond their hometown. It's important to instill in individuals that with the right training, education, and exposure, every career path is an option. Just because there may be no marine biologists in Cedar Rapids, stockbrokers in rural Arizona, or sustainable farmers in Tampa, doesn’t mean students and job seekers in those places shouldn’t consider those options.

Research shows that sticking close to where you grew up often has to do with family. When the Pew Research Center did a study of “Where Americans Find Meaning in Life,” they found an overwhelming majority of those polled said family provides them with the strongest sense of meaning. Taking that into account, it makes sense that 72% of people want to stay close to that family. Can you read “stay close to family” as “insular,” or "scared of change?" Sure. If you'd like. You can also take “stay close to family” at face value.

The term "close to home" is also relative:

What we need to move away from is the thinking that people who stay close to home are “stuck,” unambitious,” or “left behind. " It's a dangerous stereotype to perpetuate, potentially causing an entire generation of students to be embarrassed about their choices before they even make them. It's also patently untrue. Satirical website The Onion had fun with this back in 2013, crafting the headline “Unambitious Loser with Happy, Fulfilling Life Still Lives in Hometown.”

The same Pew Research Center Study we cited earlier found that after family, people found the most satisfaction and meaning in their work. Work is cited as the number one reason people move. This further underscores the importance of making sure students and job seekers can find a career they're passionate about, whether they're open to traversing the globe or prefer to stay put. We need to be having conversations with students about this upfront. It's our responsibility as educators or advisors to help them realize that no matter where they end up, they have the skills, options, and knowledge to ensure where they live doesn't limit what they do.

Now sometimes, locale can be a detriment. In our next blog post, we'll be discussing the "education deserts" that plague 11.2 million Americans. After that we'll look at the trend that could make geography irrelevant: the rise of remote work. We'll then check in with a VirtualJobShadow.com customer who's getting students excited about working right in their district and end this series with some suggestions on how to responsibly prepare students to work close to home. 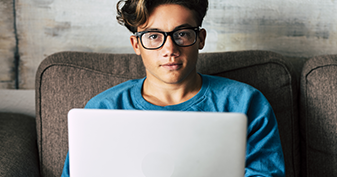 It's Time for Colleges to Focus on Employability

It's time for colleges to focus on producing employable, purpose-driven graduates. 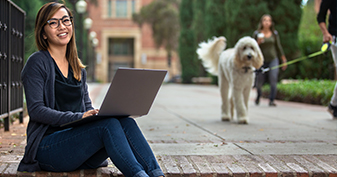 10 Reasons to Attend a Community College

The advantages to attending a community college are plentiful. Here we share 10 excellent reasons to attend one. 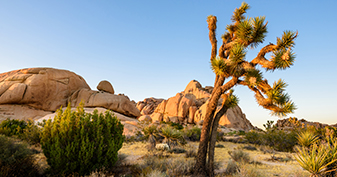 The Education Deserts of America

While one of our central tenets is that geography shouldn't limit career opportunity, the reality is that it often does.