Not a customer yet? Request a free demo to get started!

Within the large, metropolitan area of Riverside, a city of 300,000-plus in southern California, is Riverside Unified School District (RUSD), where more than 43,000 students begin pre-school in transitional kindergarten, go on to attend one of more than 30 elementary schools, one of seven middle schools, one of five comprehensive high schools, or one of three alternative school sites.

Riverside USD is one of California’s top 15 districts in number of students served. Administrator Ron Weston, with 19 years of education experience, oversees the Career Technical Education department as CTE Coordinator, a role that allows him to determine which career exploration programs are a good fit for students. Two years ago, at a national education conference featuring vendors from all over the country, he was introduced to VirtualJobShadow.com.

He knew then he had come across something potentially exciting for his school district, something that would allow his CTE curriculum to move more quickly into the 21st century.

In many school districts, budget cuts that began in the 1990s were exacerbated by the recession in 2008. CTE, among other programs, were reduced or disappeared altogether in favor of required math, science and additional core subjects, says Weston.

“Though we too had our struggles during this time, thankfully, we didn’t cut programs, but instead maintained the status quo. When funding returned for 2015-2016 through a state Incentive Grant, we were able to retrofit some of our curriculum pathways and build new ones. To get the grant, we also had to show that we were meeting the criteria for the “11 Elements of High-Quality CTE programs,” which includes Counseling and Career Guidance for Students.

When Mr. Weston arrived at the national conference during this same period, the timing to acquire VirtualJobShadow.com was right. Then, he says, it was just a matter of figuring out how to make it work.

Weston says that his staff has been excited about the platform since the very beginning. “The teachers were extremely excited about it,” he recalls, “so much so that some said they had already started using it without waiting for the training. They especially enjoyed knowing the students had the capability to use it on their own. That’s important because lack of time is a problem for administrators and teachers – projects must be completed, deadlines met and contacts made in CTE, from human resources to networking with businesses."

“What the program provides is a greater glimpse into the career fields our students want to follow. Plus, it’s a lot more personable site when, for example, you have a nurse talking about what she does daily in a three to five-minute clip. That’s pretty powerful.” He also likes the local angle and the diversity used in the video productions. “Students see these videos featuring people who are the same gender or ethnicity as they are, or who speak the same dialect and may live only 25 miles away as opposed to a different state or region and that’s really important to them.”

Weston says his district has 38 different pathways to occupations. The largest are Art, Media, Entertainment, and Health. They use data from local resources to identity what the job market looks like in different career fields. “We have a rather thriving health industry here. We also have Art and Media, but we’re somewhat removed from Hollywood and Silicon Valley, so we have to focus on the job market within our region. If we think students will have access to certain jobs, we build a pathway for it.”

The Benefits of VirtualJobShadow.com and Career Exploration

He says VirtualJobShadow.com isn’t simply a way to check the career exploration program box. “Students should be able to utilize all the resources we can offer. The benefit of VirtualJobShadow.com is that it has videos and the platform is easy to access for students. We purchased it for a combination of reasons: knowing students can have access 24 hours a day, knowing teachers can use it in the classroom as part of a lesson or part of an extended learning exercise, and – this was really positive – knowing students don’t have to go to the site, sign-up and then remember a password each time they use it. We also like knowing it’s not static – there will be future additions to the site. It’s a great program,” Weston concludes. “That’s what I tell other administrators when I meet them.”

Weston maintains that if kids can begin the process of exploring prospective careers as early as kindergarten, they will build a firm foundation that will help them understand what it means to have a career, not just a job. “I wish we had these type programs when I was a student 30 years ago,” he says. “At the very least, it would have helped me understand the type of education I needed to pursue my chosen career. In addition, kids can learn transferrable soft skills through career exploration, from how to look people in the eye, to why it’s important knowing how to talk to adults. Training for a job is the easy part. But if a student can learn to communicate well from an early age, he or she can go anywhere, and do most anything.”

VirtualJobShadow.com provides career exploration for K-12, post-secondary institutions and workforce development programs nationwide. Users find it is the perfect tool for career exploration by providing real-life examples easily and effectively in the classroom. Check out the website for day-in-the-life interactive interviews on hundreds of career fields featuring career descriptions, required degrees, earnings, outlook, college searches, and more by visiting us at www.virtualjobshadow.com. 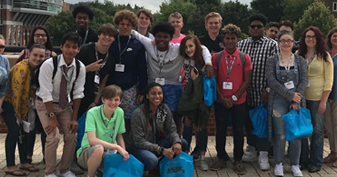 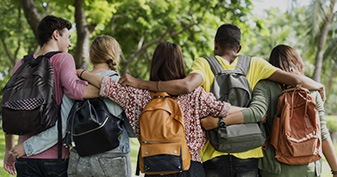 Within the large, metropolitan area of Riverside, a city of 300,000-plus in southern California, is Riverside Unified... 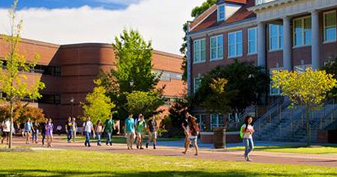 One of the largest public universities in North Carolina, East Carolina University enrolls over 28,000 undergraduates...

Stay in the loop. Join our newsletter.
Get the latest articles and free resources straight to your inbox!